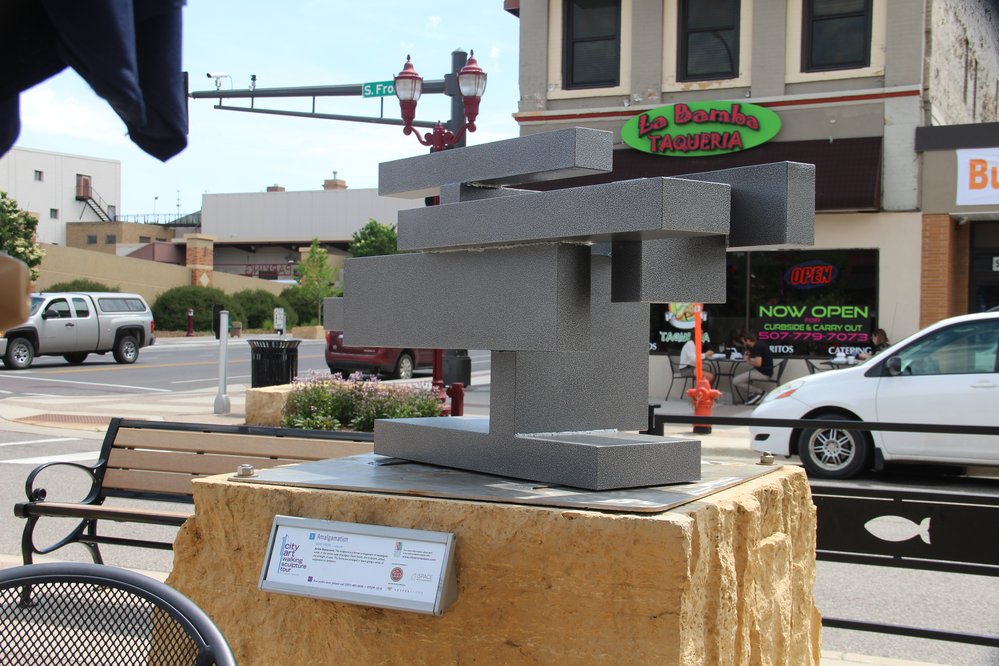 The piece "Amalgamation" was first conceived while "doodling" in small pieces of scrap steel. Hyduke liked the arrangement so he decided to build a larger version. The squares are all in the vertical plane and the longer forms, which are all the same length, are in the horizontal. They vary in width becoming narrower and each rotating 90 degrees as they ascend. This and the fact they are staggered in a circular fashion creates a sense of movement. The piece utilizes the strength of steel to leave gaps between the forms so they appear somewhat suspended in space. Construction required a great deal of welding. Keeping everything true and square was the most difficult part of assembly.