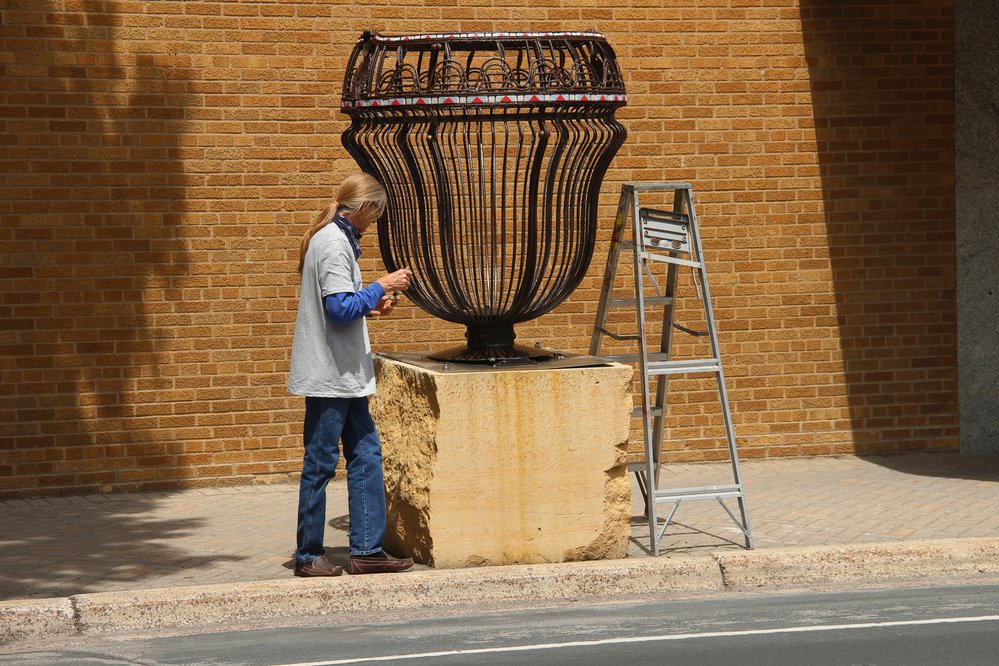 Hall met an Iroquois Native at a glass workshop in Corning, New York that gifted him many Xerox copies of Native artifacts recovered from ancient burial grounds. Seeing these items was not supposed to happen, as they were meant to remain buried in the ground permanently. The Iroquois Native explained that it was alright to copy these items as long as faces were left blank with no features added. A 17th century image of a clay pot stood out to Hall because he loved the shape of it. Hall blows glass, and tried unsuccessfully for two years to replicate it. When searching for his next sculpture idea, this piece was still fresh. One day while bottling wine at Morgan Creek Vineyards and Winery he wondered out loud how he could build it when the answer came to him - build it the same way a boat is constructed!

Because of the complex patterns of rust, this piece has an ancient look to it which is fitting for replicating a 17th Century ceramic pot. Feature strips of glass (resulting from structural requirements of "U" steel channeling) provide color and interest. Human images, both man and woman, connect us. The history of the Iroquois Nation is felt in this piece.