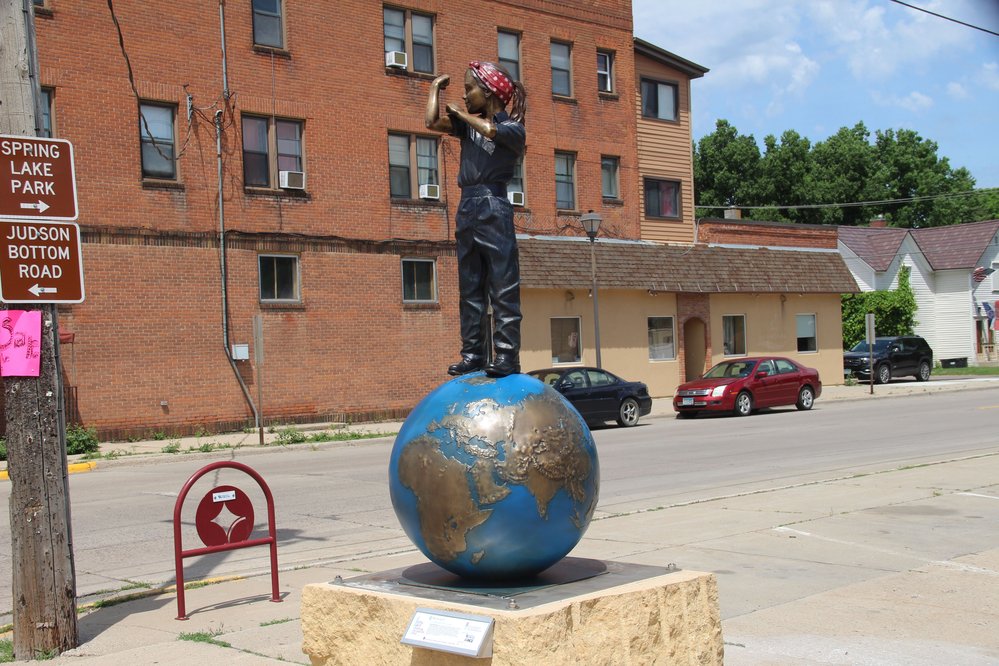 Stop 120, We Can Do It! by Lee Leuning & Sherri Treeby from South Dakota

The American World War II wartime poster “We Can Do It” was produced by J. Howard Miller in 1943. This image reemerged in the 1980s, often referred to as “Rosie the Riveter,” and is a widely recognized strong feminine icon. Though Miller never identified his model, it is believed to have been based on a photograph of factory worker Naomi Parker wearing a polka dot bandana working on a machine in the Alameda U.S. Naval Air Station.

This artistic team has been exhibiting with the CityArt Walking Sculpture Tour since its inception, and three of their sculptures have been chosen for People’s Choice: “Saturday Distractions,” “Maestro” and “Stand for the Flag.” All three can be found throughout the City Center.