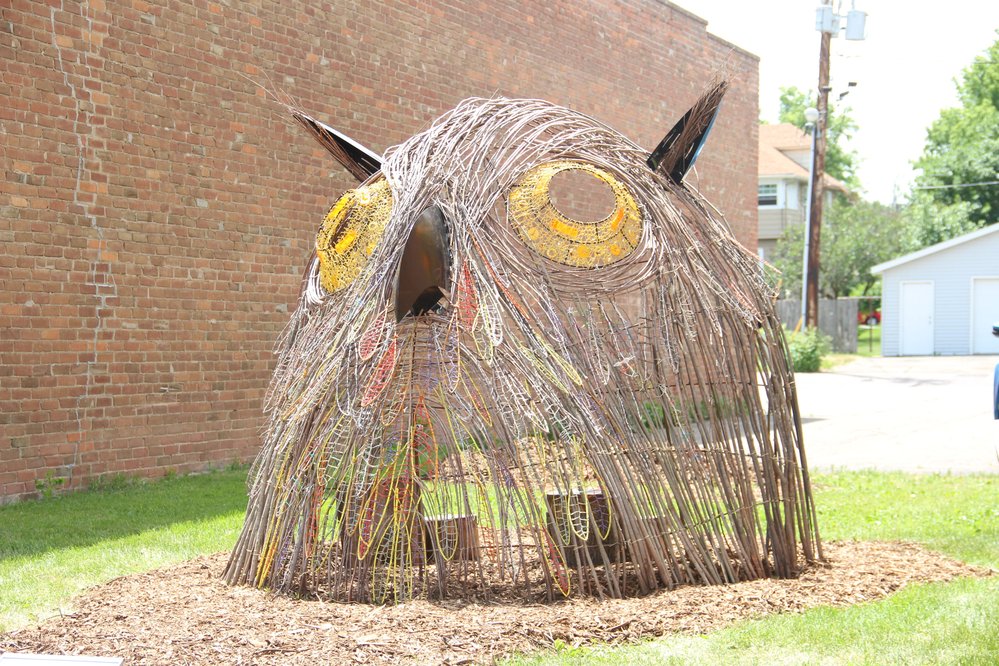 These artists built this piece on-site in Bloomington, Minnesota in 2019  at the Minnesota National Wildlife Refuge in one week. Katz-James designed and fabricated the steel pieces off-site in her welding studio. Together, the pair gathered and trimmed willow branches. First the steel frame was built onsite by putting rods into the ground and then bending and welding the rods into place. Next, the beak, eyes and ear tufts were attached to the frame. Then, trimmed willow branches were attached with hemp twine to fill in the form. Stumps were added to allow kids to look out from the interior through the eye openings. Off-site and on site, kids and adults made willow “feathers” using recycled wire, that were then attached to the owl’s head.

This work was inspired by the original site, where Great-Horned Owls live and hunt, and the desire to build something interactive that visitors could enter and look out through the structure’s eyes at the owl habitat. It turns out Great-Horned Owls are quite common in Minnesota cities, including Mankato, so it is appropriate to exhibit it around the region.